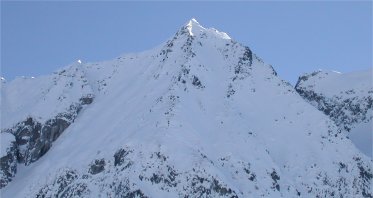 Geologists classify rocks in three groups, according to the major Earth processes that formed them. These are igneous, sedimentary, and metamorphic rocks.

Sedimentary - Sedimentary rocks are formed on the surface of the Earth, either in water or on land. They are called secondary, because they often result from the accumulation of small pieces broken off from pre-existing rocks. Most sedimentary rocks become cemented together by minerals and chemicals present when they are formed, and others are held together by electrical attraction. Some, however, remain loose, crumbly and unconsolidated. You can put sedimentary rocks into three subclasses:

Clastic: basic sedimentary rock which is composed of clasts: little pieces of broken-up rock which are joined together as a result of compaction and cementation.
Chemical: these are often formed as a result of repeated flooding and evaporation. When water evaporates it leaves a layer of dissolved minerals behind. Deposits of salt and gypsum are characteristic examples of these processes.
Organic: rocks which form from organic material such as the calcium from the shells and bones of animals.

Igneous - Igneous rocks get their name from the Latin word ignis, meaning "fire." They form from volcanic magma when a volcano erupts and are also referred to as volcanic rocks.Under the surface of the Earth the magna is kept liquid by high temperature and high pressure. As the volcano erupts hot magna reaches the surface. Afterward the lava rapidly cools down and solidifies. The crystals formed by cooling magma are usually small. Magna doesn't always reach the surface. Sometimes it is trapped underground in pockets of other rocks. In this case the magma cools down more slowly forming larger crystals and coarse-grained rocks. How the rocks form will depend not only on the different cooling temeratures of the magna but also its chemical composition. Granite, basalt, and obsidian are examples of igneous rocks.

Metamorphic - Sedimentary and igneous rocks which were subjected to more intense pessure or heat and as a result underwent a complete change. Metamorphic rocks form deep within the Earth's crust. The process of metamorphism does not melt the rocks, but transforms them into other rocks which are denser and more compact. New minerals are created either by the rearrangement of a mineral's components or by reactions with fluids that enter the rocks.